Find out about the virtual events taking place for LGBT+ History Month 2021 with this round-up by Bristol Pride CEO Daryn Carter.

LGBT+ History Month takes place in the UK every February. It’s an opportunity for events that increase the visibility of lesbian, gay, bisexual and transgender (LGBT+) people, their history, their lives and their experiences.

This article was originally produced for Visit Bristol

It’s very strange to think that LGBT+ History Month activities were the last physical events that I attended in Bristol before the first lockdown happened in 2020. This year events are online but we still remember, celebrate and stay connected, even if it is virtually.

Every year these events help us remember all those that have come before us, fought for the rights we have, shaped our history and in doing so we can reflect and think about our future. Over the last few years, we’ve seen attacks on our community. But as I write this there is a renewed sense of hope, over the pond at least, as newly elected President Biden took steps to support the LGBT+ community in his first few days in office and has just overturned the ban on trans people serving in the military.

The theme for LGBT+ History Month 2021 is Mind, Body and Spirit so expect that to be the running thread throughout events this month. 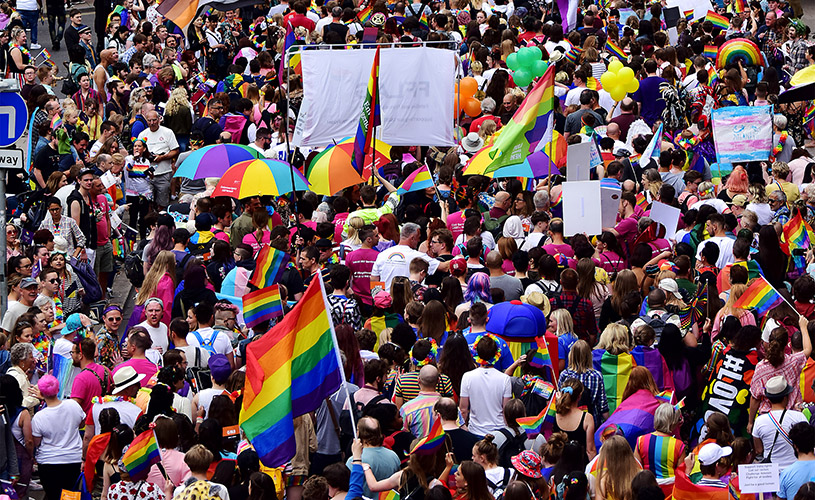 Muslim views on queer relationships over time with M Shed

On 4 February at 6pm expect a fascinating talk from Osman, the outreach volunteer for charity Hidayah which provides support and welfare for LGBTQ+ Muslims.

Research shows that Muslim views on sexual diversity became more conservative in the last century. Today, the majority of the community do not accept same sex activity whether in the UK or abroad and some Islamic states imprison gay people under morality laws, and some go as far as imposing the death penalty.

Countries like Iran, that use the death penalty, once had a tolerant attitude to queer culture. Rumi and Hafiz, two celebrated Muslim poets in the 13th and 14th centuries, wrote about love and spirituality, including same sex attraction and romance. Their poems were not regarded as being new nor unusual during their times.

Osman will reflect on queer Muslim art and poetry from the past and consider how queer Muslims have become increasingly visible and challenging views of hetero-normative attitudes in Muslim society today.

Another of M Shed’s LGBT+ History Month events takes place on 10 February from 3-4pm, when Cheryl Morgan will look at the life of Michael Dillon and in particular bring to light some of the latest research on his time in Bristol.

Dillon is one of the key figures in 20th century trans history as while other trans men had undergone surgeries before him, he was one of the first people to use testosterone and probably the very first to receive a penis through plastic surgery.

However, his importance goes far beyond his medical transition. He also wrote a treatise on the medical treatment of trans people that was decades ahead of its time. 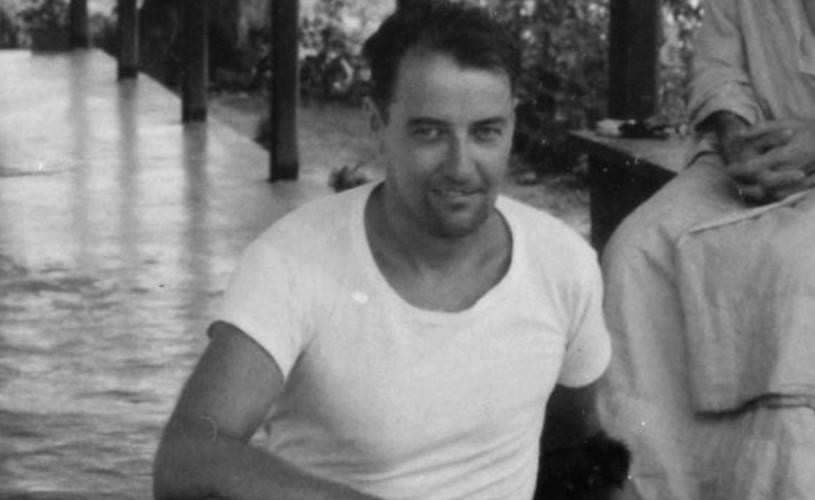 Queer Vision is the Bristol Pride film festival and last month launched a new ‘Sofa Club’. This monthly event (every third Thursday) provides a virtual and vital space for us to come together and connect, during this challenging time, by watching and discussing LGBT+ film and TV.

In January we watched the first episode of It’s a Sin, Russell T Davies’ (Queer as Folk, Cucumber, Years and Years) new drama exploring the lives of three young gay men affected by the AIDS crisis of the 1980s. In February, Aled from Brigstowe and Natasha from THT will join for a discussion of the whole series on Thursday 4 February at 7.30pm. Register to join and share your thoughts, your stories, ask advice from our expert guests or just dance to the amazing soundtrack.

Plus, for LGBT+ History Month they’ll be releasing a ‘Beginner’s guide to Queer Cinema’ and a video essay of a potted history of lesbian cinema. 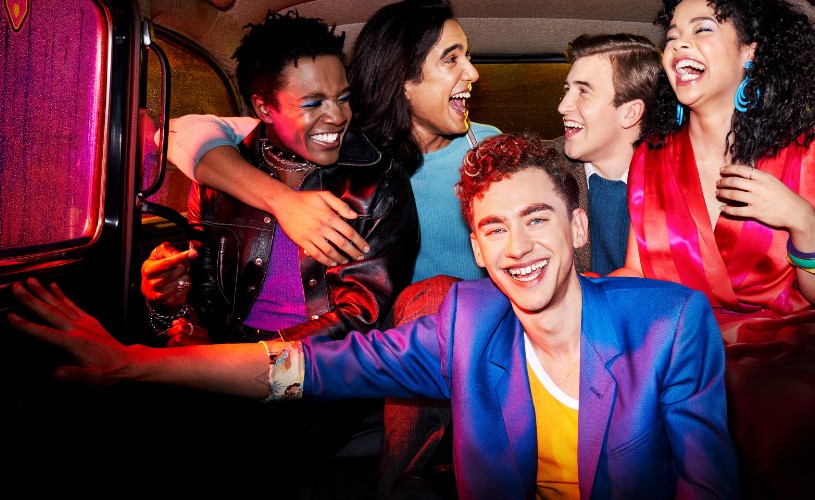 UWE have a number of events running for LGBT+ History Month including a launch event on Monday 1 February with speakers from Trans Pride South West and Kiki Bristol. There’s a Queer Yoga session on 16 February with Emma who ran the events for Bristol Pride Online in September and even an LGBT+ History Month Quiz put together by the LGBT+ staff networks at UWE and the University of Bristol on 10 February.

Plus the UWE Centre of Music is collating your LGBT+ anthems to create a ‘monster playlist’. Tweet them your iconic LGBT+ tracks or check out the listing when it’s released and turn it up loud.

Join the University of Bristol LGBT+ Staff Network as they welcome guest speaker Paul Baker to celebrate Polari – the language of gay men.

With a saucy vocabulary including omi (man), palone (woman), lallies (legs), riah (hair), naff (awful), dish (bum), vada (look) and bona (good), Polari was used to conduct conversations in secret up until the 1960s, operating as a form of bonding and humour that helped gay people live through more oppressive times.

Taking place on 10 February at 6pm, email Simon Gamble at simon.gamble@bristol.ac.uk if you’d like to attend. 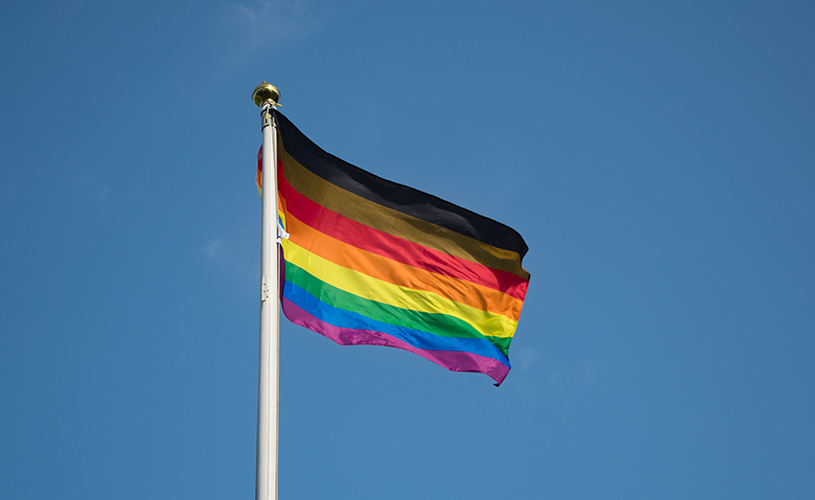 Lastly it’s a poignant time to remember it’s National HIV Testing Week in February. As we shine a light on the history of the AIDS crisis in the 80s with TV show It’s A Sin and live through the Covid-19 pandemic, we have an unprecedented opportunity to be the generation that stops HIV.

LGBT+ History month is a chance to remember those we’ve lost and I can’t help but think of all the incredible people we lost as a community to AIDS. These days medical advances mean people can take medication which means they cannot pass on HIV. Sadly, most new infections now happen because someone just doesn’t know they are infected. So why not take this week to visit It Starts With Me to order your FREE home HIV testing kit.

So, happy LGBT+ History Month, it may be a little different this year as we remember and celebrate online but we remain connected as a community. We may be apart, but you are not alone, and we will be back together again soon.

Daryn Carter is the CEO of Bristol Pride and has planned and delivered the annual LGBT+ festival for the last 10 years. He has worked to champion equality and diversity for the last 16 years and was awarded an MBE for services to the LGBT+ community in 2020. As well as working to deliver Bristol Pride, Daryn also works at UWE Bristol where he is part of the UWE Staff Network.