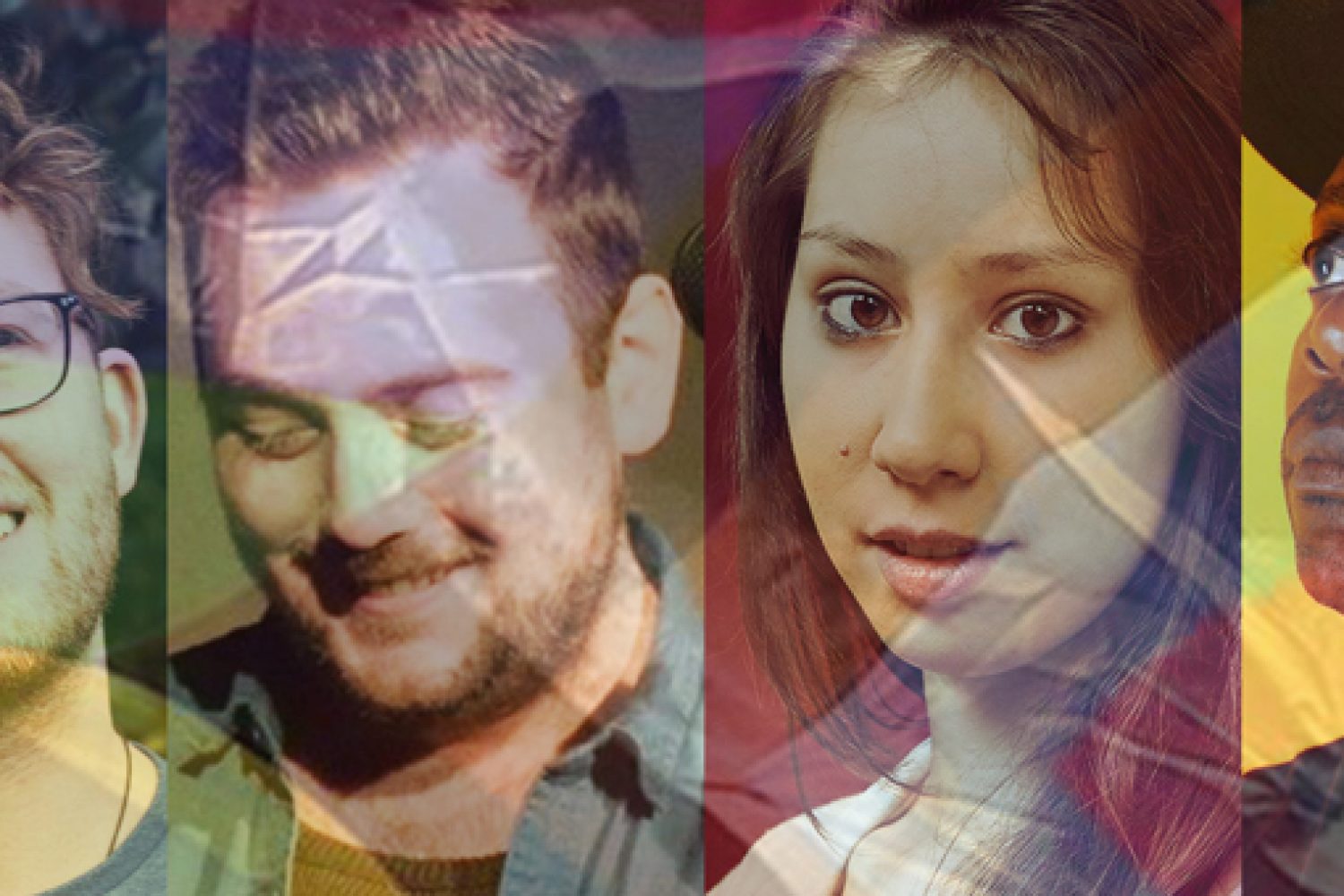 Join us for a special Pride poetry night.

We are again excited to team up with Milk Poetry along with Apples and Snakes to bring you a very special online event.

At a time when coming together can be hard, let’s unite to celebrate Pride and embrace queerness.

Hosted and curated by Bristol Pride’s LGBT+ Poet Laureate, Tom Denbigh, join us, Apples and Snakes and Milk Poetry for an evening of poetry and conversation from some of the country’s leading queer voices.

Ciarán Hodgers
A multi award-winning spoken word poet, Ciarán Hodgers’ debut collection, Cosmocartography, toured the UK & Ireland and was featured on BBC Radio 4’s Front Row. He is the Sean Dunne National Young Writer 2010, an International Pangaea Poetry Slam Champion 2015 and the Word War 3 Slam Champion. He’s been shortlisted for the Out-Spoken Prize for Poetry two years in a row, and has performed at festivals and venues across the UK.

Jasmine Gardosi
Jasmine Gardosi is a multiple slam champion, Birmingham Poet Laureate finalist and recent winner of the Out-Spoken Prize for Poetry. She has appeared on BBC Radio 3’s The Verb, and Radio 4,  and has performed at Tate Modern, Glastonbury Festival, and on Button Poetry. She is a Ledbury Poetry Festival Trustee and Poet in Residence at the Brontë Parsonage Museum. Her debut pamphlet Hurtz is published by the award-winning Verve Poetry Press.

Keith Jarrett
A UK poetry slam champion and Rio International Poetry Slam Winner, Keith Jarrett’s work has included bilingual performances in Bilbao and Madrid, and UK-wide commissions. Keith was selected for the International Literary Showcase by Val McDermid as one of 10 most outstanding LGBT writers in the UK. Having recently completed his PhD at Birkbeck University, Keith is finishing his first novel. Selah, his poetry collection, was published in 2017.

Tom Denbigh
The first Bristol Pride Poet Laureate and a BBC 1Xtra Emerging Artist Talent Search winner, Tom Denbigh is a multiple slam-winner and has performed at the Royal Albert Hall and festivals around the UK. He is a producer at Milk Poetry and has facilitated writing workshops for groups of students from the UK and abroad. Outside of poetry Tom has a PhD on plant roots and soil erosion. His first collection, …and then she ate him, is out now with Burning Eye Books.

This event is produced in partnership with Apples and Snakes with support from Bristol Pride and Milk Poetry.

Virtual Parade March Sat 12 Sept Online
We use cookies to ensure that we give you the best experience on our website. If you continue to use this site we will assume that you are happy with it.OK