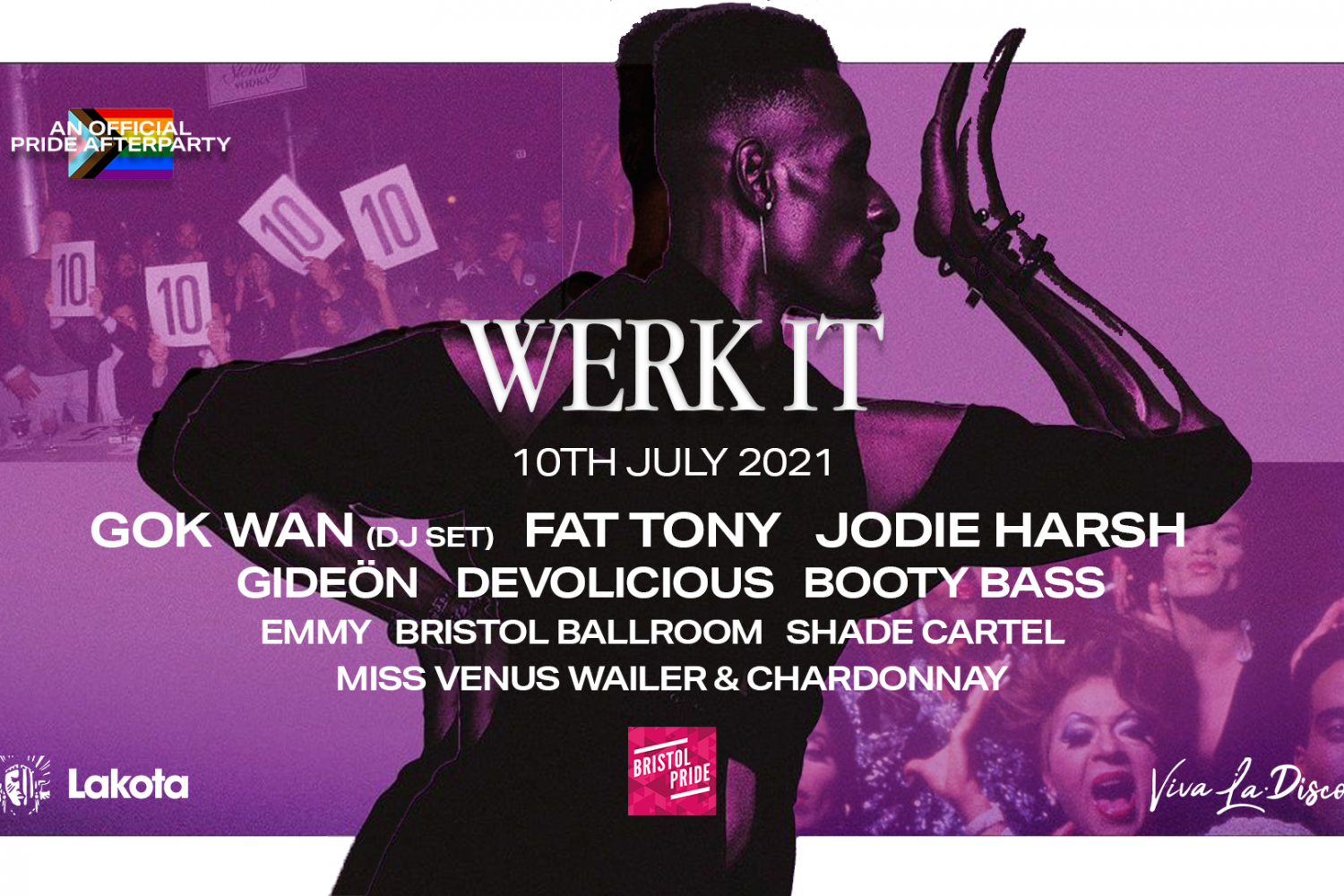 Get yourself ready to pack your best wigs, your highest heels and as much glitter as you can carry since we are launching the biggest PRIDE party in the city! We’re excited to reveal that for ‘Werk It’ – our PRIDE 2021 event – we’ll be hosting a spectacular day and night party.

— LSS (Legends, Statements, and Stars) —
An open mic for the gods where self-identified LGBTQ rappers, writers, poets, beatmakers, singers, activists, and other noisemakers of colour are invited to sound their truth in the wake of ongoing political unrest.

— Shade Cartel —
A diverse and inclusive collective of the city’s best performers.

During the day the city’s most famous competitors will be introduced by the MC and scored by Bristol’s most fabulous panel, ready to score 10’s across the board! There are outrageous prizes and more up for grabs.

The party won’t be stopping there though. At night we’ll be turning the club into a modern-day Studio 54, the famous nightclub at the epicentre of the New York scene in the 1970s. We’ll be incorporating all the best bits of the New York nightclub – the stunts, hedonism and ground-breaking music that made it famous – but of course, we’ll be going one step further!